May 10, 2013 · by Patrick Willcocks · in Europe, European funding, transportation, Uncategorized · Leave a comment

Seven metropolitan regions, stretching from the North Sea to the Mediterranean, worked during 2010-2012 to investigate strategic approaches to achieve more sustainable transport. The joint planning office for Berlin and Brandenburg was lead partner, and the final conference was organized by the Province of Rome.

The 12 project partners organized their work along the broad principles of Avoid, Shift and Improve (ASI) for achieving more sustainable mobility. Oslo, Gothenburg, Budapest, Ljubljana and Vienna were also represented.

First Avoidance: Land use and transport planning has been in focus for decades. More compact development patterns lead to less need for cars and a basis for more sustainable transport. But even in regions with clear policies and legal / democratic procedures, development is often uncoordinated at the regional level, still leading to urban sprawl and continuing high levels of car-dependency. The driving forces behind urban sprawl vary from country to country, but generally include geographical imbalances in tax, high land prices in core areas, and high or increasing car ownership levels. Over and above these factors, individual life-style preferences and economic growth expectations continue to drive low density expansion of urban areas when we look at metropolitan regions as a whole.

The answer? None of the project partners could claim to have solved all these issues. Both Berlin-Brandenburg and Vienna belong to federal systems, where the core city and it surroundings belong to separate planning legislatures. In Berlin-Brandenburg this is solved by an office for joint planning and transport that is coordinated for both states, whereas Vienna has ongoing dialogues without formal commitments with its neighbours. The two cities from new member states had no tradition of regional cooperation and were looking for appropriate models to learn from. And there is still a wide gap between the Nordic cities’ tradition of long-term dialogue to aim for a regional consensus on the one hand, and strong political tension and inter-municipal competition that tends to dominate in the regions surrounding Rome, Ljubljana and Budapest on the other.

Secondly Shift: Increasing the use of public transport is in most cases the key strategy to provide an alternative to using cars without reducing peoples’ mobility. There are many impressive examples of new and modernized intermodal terminals and interchanges, as well as park-and-ride systems and infrastructure investments. However, to make public transport more attractive to use, more funding is needed in almost every case, both to continue investment programmes and to increase frequencies and the standard of rolling stock.

Some metropolitan regions seem to be leading the way in important strategic measures to improve public transport. Perhaps the most important and universally applicable measure is establishing a joint body to purchase and even operate services across the whole region. Experience from especially Berlin-Brandenburg and Vienna shows how joint ownership of public transport at the regional level has enabled strategic development for commuters and leisure trips within and between the core city and the outer regions. Coordinated time-tables, joint investments, regionally agreed fares across transport modes and more recently adopted electronic passenger information are all examples of what can be more readily achieved with joint working.

Another important strategy, exemplified by Oslo-Akershus and more recently in Gothenburg, is road-user charging. By charging up to 4 EURO per car trip into the city, substantial additional funding is available for the regional bodies to reinvest in better transport, as well as limiting the level of growth in car traffic across the whole region. In fact the number of car journeys has remained stable in Oslo for nearly 10 years, despite a 15 % growth in population and a 20 % rise in median household incomes. Although it is controversial, road user charging has been proven to give a badly needed boost in revenues, which the metropolitan regions would be unlikely to receive through other means. Budapest received EU funding before 2008 for a major metro-extension under the Danube; once completed, the city is required to recover some of the costs by road user charging. The challenges presented by this clause are considerable, since Hungary’s income levels are already some of the lowest in Europe and traditions of regional cooperation appear to be limited. 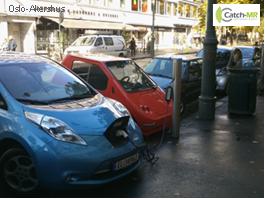 Finally, Improvement: Since some trips will always be made by car, the hunt is on for the best ways to replace fossil fuels in transport. Colleagues from Rome and Berlin assured us that the motor industry giants are already doing their part, through modernization programmes in competition with Asian and American manufacturers. For the metropolitan regions, non-fossil transport developments vary, including biofuels, electric engines and hydrogen fuel cells.

A key factor seems to be having access to fossil-free energy from outside the city. In Scandinavia and Austria, much of this is provided by hydroelectricity and biofuels. In the Province of Rome, large refuse disposal sites are being recycled to deliver biofuels. In Germany the programme of wind-farms and solar energy is already giving significant results. For this to work, the partners would again emphasise the need for good cooperation and innovation that involves both the cities and the outlying regions, where clean energy can be drawn from.

What next? The partners were highly commended by the Interreg secretariat, for the quality of both the partnership and the work presented in the final Guide, released in November 2012. The partners also initiated a dialogue with the EU Commission and the Urban Intergroup of MEPs, linked to the EU Transport White paper in 2011, which in section 2.4 “Clean urban transport and commuting” touched on many of the same issues. Officials and elected members of the EU clearly recognized the value of having structured information about comparable regions across Europe.

For the CATCH-MR partners, the challenging task remains to assess and where possible to integrate their findings and recommendations in their respective cities and regions. They also hope that the findings will be of wider interest in metropolitan areas across Europe, and would be interested to discuss this further with others. Possibilities of a follow-up project under the 2014-2020 funding programme are being discussed, which may give the chance for other potential partners to take part.